The Club Badge – Developing Our Identity

By Vince Moran17th April 2018No Comments

We’ve received a lot of positive feedback from parents and those outside of the club about our club badge. We’ve been very lucky as one of our sponsors is Precept, a brand performance business based in Newcastle. Precept offered to support the club with brand development, creating an identity for the club that we could be proud of.

Precept asked us to think about what is important to the club. We provided the following information:

We were provided with a number of concepts which at an early stage, were used to gather feedback before moving forward to finalise a direction. 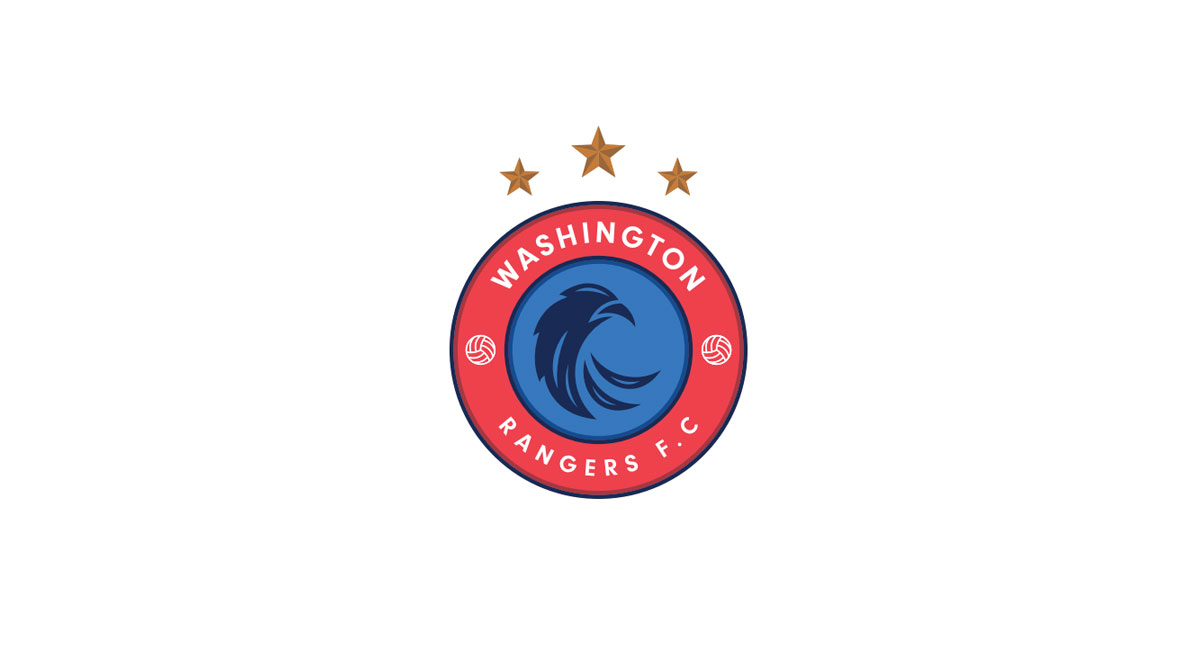 The first concept took a simple approach, utilising the Washington Old Hall eagle, the 3 stars from the Washington Coat of Arms and an old style football. The main colours used are a blue (with variations) and red.

Initial feedback from the club committee was good, citing the focus on the eagle and simplicity as two positive factors. 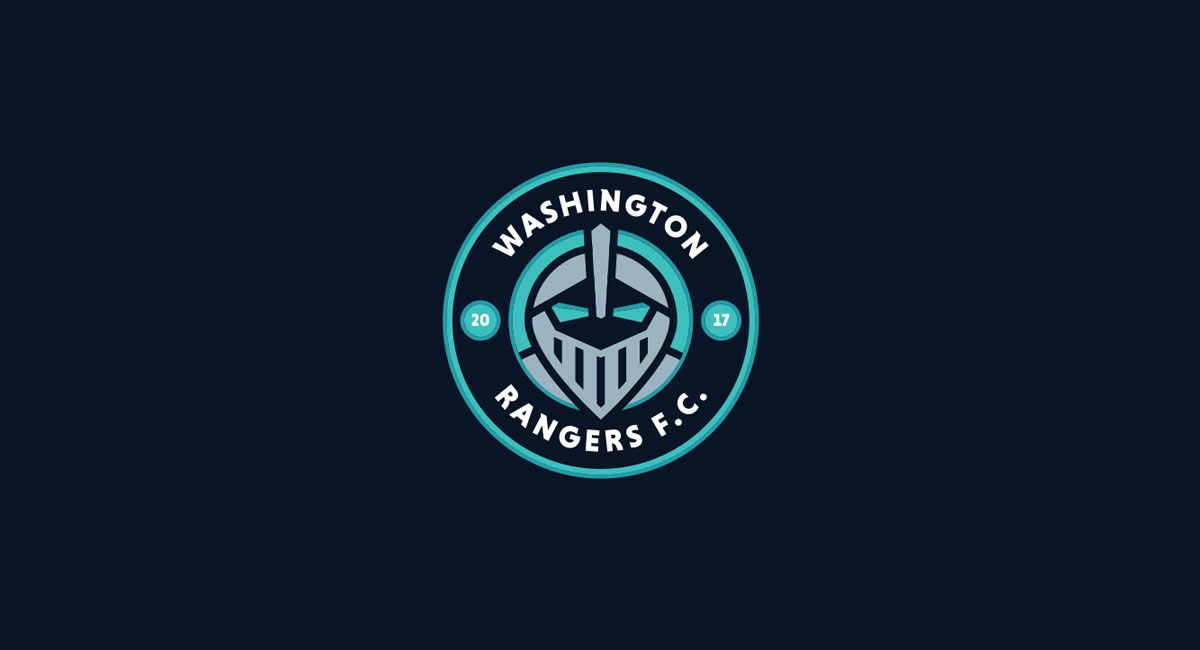 The second concept took a very modern approach (something that could be used as the logo on a smartphone game of app). The knight was taken from the Washington Coat of Arms and became the main focus. The concept relies on the ‘Rangers’ in Washington Rangers being a figure going into battle. Variations of blue (from dark to light) were presented.

The club committee felt the logo was fantastic, citing the modern approach as a major factor. Our young players would love the logo but we wondered if the logo would age quickly. Would our players still feel the same way about the logo when they get older?

The final concept utilised the Washington Old Hall eagle, the 3 stars from the Washington Coat of Arms and an old style football (as did Concept 1) but with a modern twist. The eagle is sitting on top of the football, above the wording of Washington Rangers FC.

Sometimes you see something and know it’s the right choice. The club committee knew straight away this concept represented the club, in terms of now and in the future. Having our heart set on this concept, we asked for some changes:

From Concept to the Final Club Badge

Our final club badge was presented to us and, as a club, we feel it represents everything we wanted. The badge includes elements from Washington, is a modern approach and aligns to our core values. We’d like to thank the team at Precept for taking us through their process and providing us with an identity to be proud of. 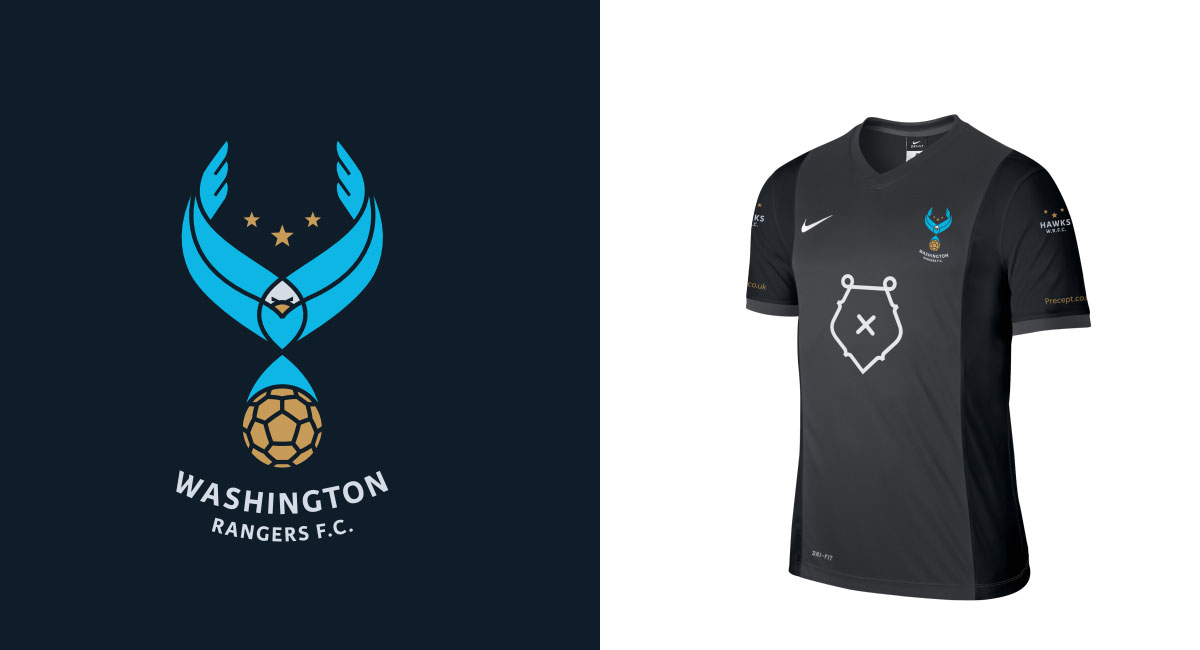 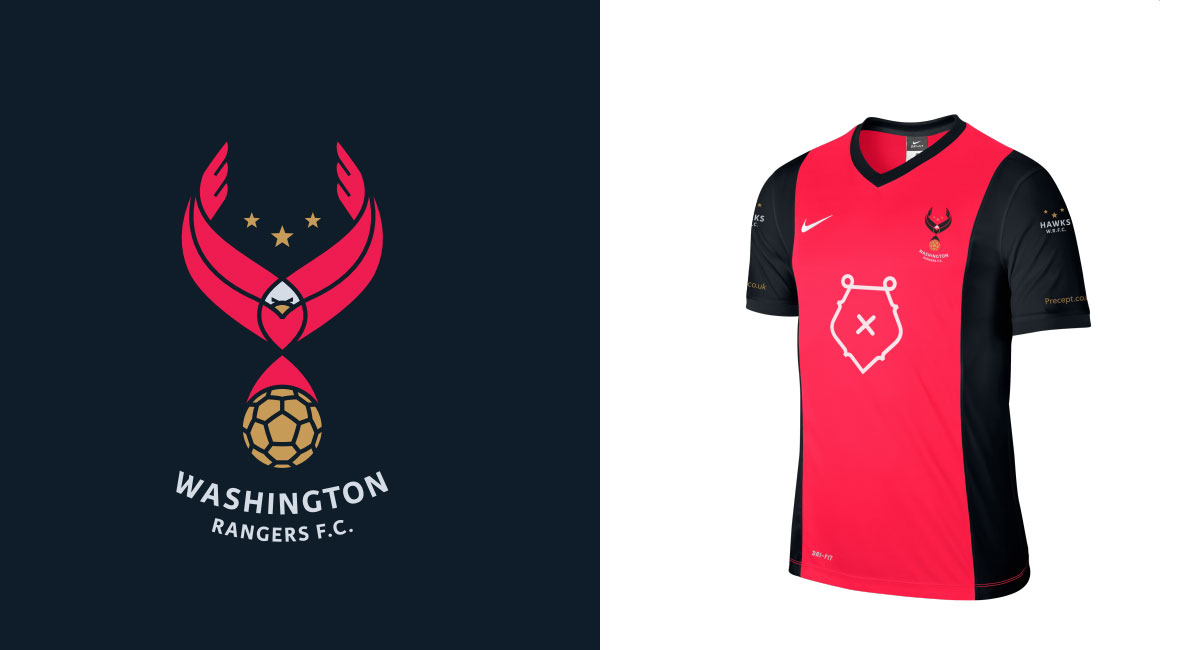 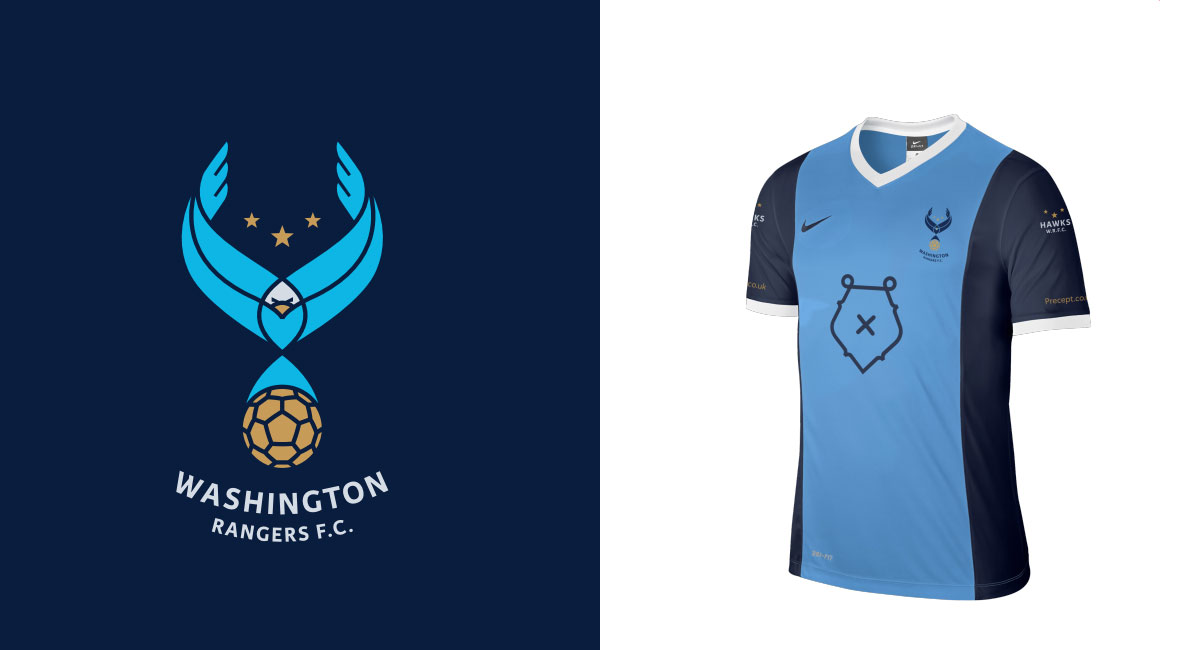