Playing From the Back (Defence to Attack – In Possession)

Defence (in possession and attacking) – Pass from the keeper, through the defence, CDM and up to a target man (in the end zone), through to the end zone. If possession is lost, set a time target (i.e. 5 seconds) to win the ball back
Attack/Pressing (out of possession and looking to press) – Intercept the pass and counter-attack, shoot on target

25 mins / GK+Def+CDM+FWD v the other players 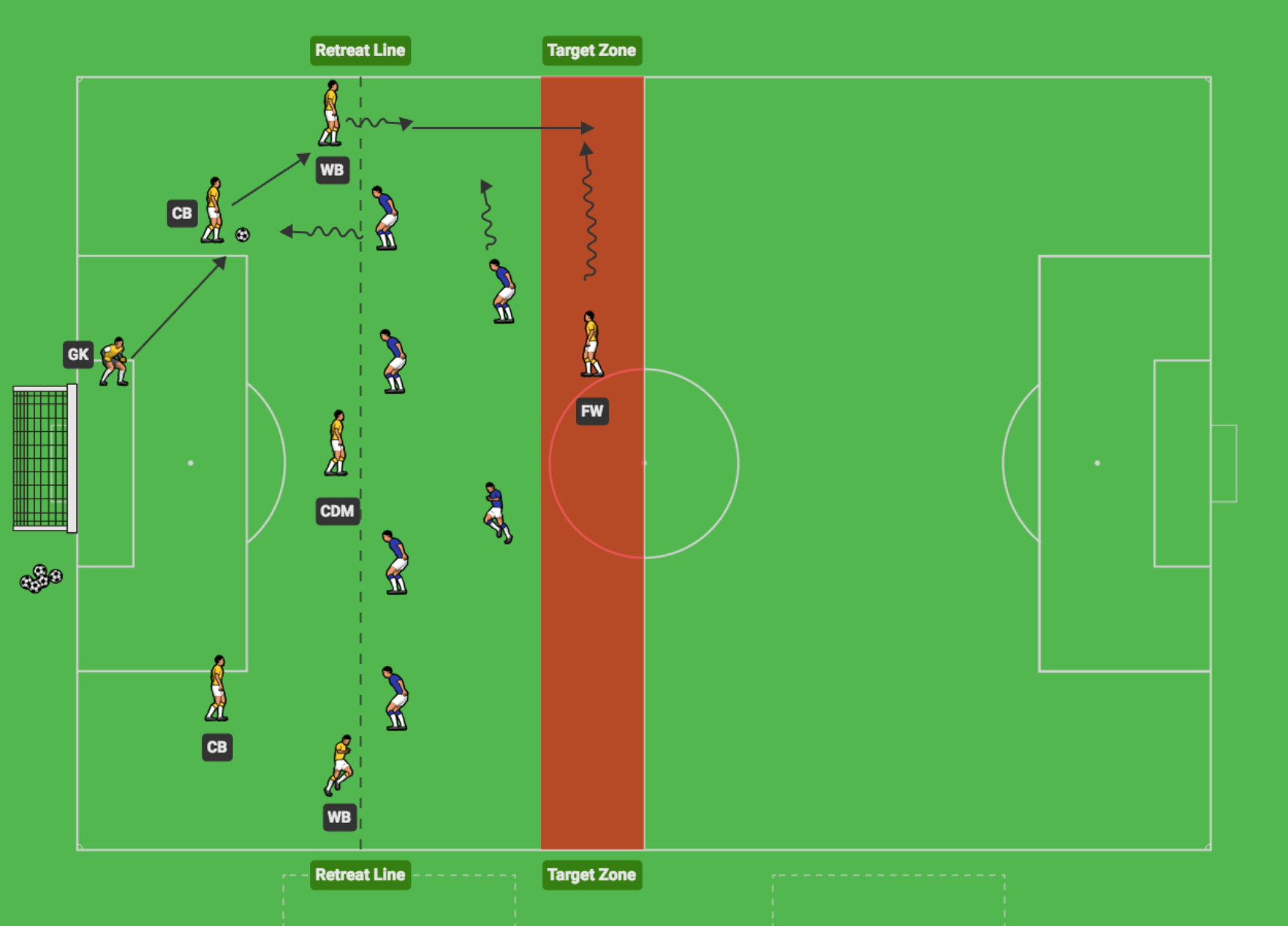 This session is focussed on the defence moving the ball from the GK, out of defence and up through the pitch, aiming to build up play and score.